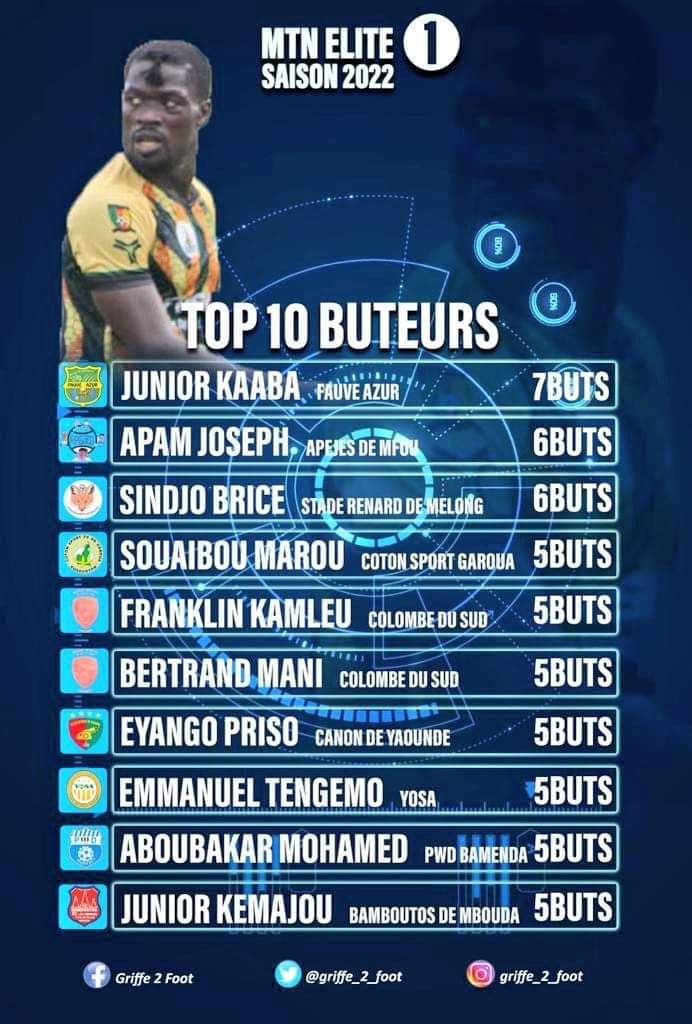 Junior KAABA is the top scorer in the MTN Elite One league at the end of the 19th matchday.

It’s been a great season for Junior so far. Everything is developing great.

For Junior KAABA, the 21/22 season is definitely the greatest experience in his football career:

April’s Player of the Month… the CRTV TV interview… Rigobert SONG’s invitation… the match against the Cameroonian national team in Douala, against the greats of his country… everything is indescribable!

I told him he will have more friends now. People will come who know everything better.

I warned him about it and asked him to see everything critically.

He must not think now that he’s already the greatest.

The ascent is slow and the path is steep.

The fall is quick and can be very painful.

Everything that has happened so far is great for Junior, but it’s all just a small step towards a potentially great football career.

I hope he follows my advice and keeps his feet on the ground.