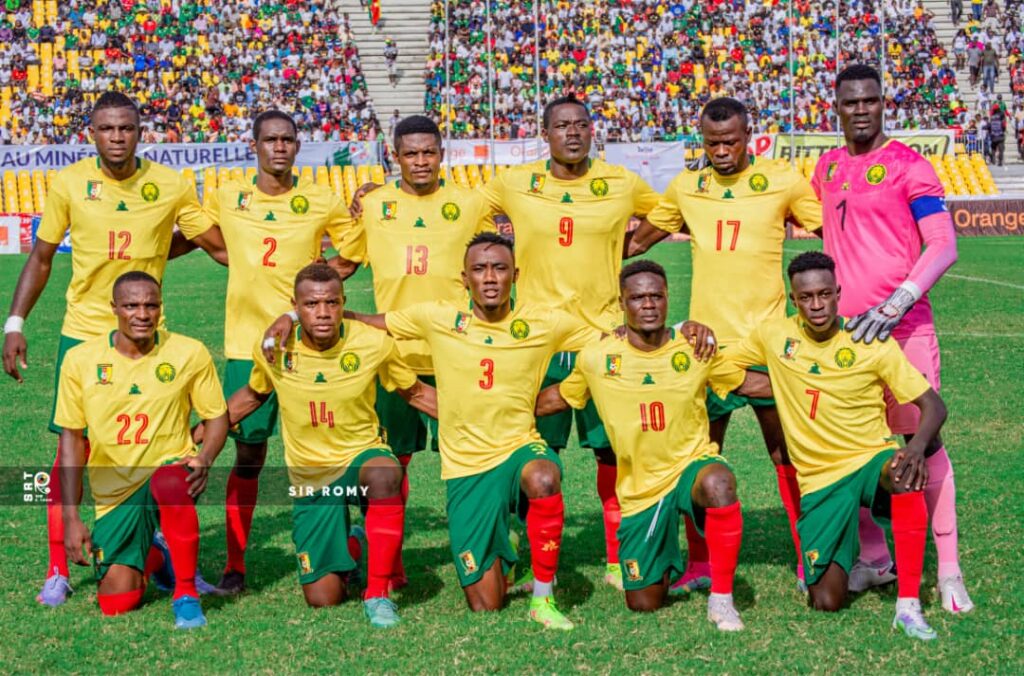 Back row, standing: Junior KAABA, No.9

A great success for Fred BENGA and Junior KAABA

On 04.06.2022 the friendly match A’ national team (local) vs. A national team (international) took place in Douala in the Reunification de Bepanda stadium.

Both players were in the starting line-up.

The A’ team didn’t show much respect for the internationals from the start. In the 6th minute, the local players took a 1-0 lead. KAABA was also involved in the creation of the goal.

However, as the game progressed, KAABA wasn’t necessarily able to show what he’s really capable of. He was often in promising positions, but was not seen by his teammates and the pass never came. KAABA worked a lot, helped out on the defensive and got balls in midfield. He showed in the match that he’s also a playing, fighting centre-forward. Kaaba had two or three chances, but the chances he had were not compelling. Unfortunately, he remains unsuccessful.

Kaaba was substituted around the 60th minute.

Right from the start BENGA played uncompromisingly and without frills, just like I know from him. He saw his free teammates and launched good attacks from the defensive.

There were two scenes in the match in which he cleverly and brilliantly took the ball from his opponent and immediately started a counterattack. He really impressed me with the way he played as a central defender, because he was mostly in the right position and was technically good. Towards the end of the first half, however, his long passes were no longer as precise.

Fred BENGA was substituted at half-time and the defense wasn’t that stable in the second half. According to his performance, he should still be on Rigobert SONG’s list.

Note: The match ended 1:4 and the result was too high. There were three penalties for the international players, the fourth goal resulted from an own goal.

In the first half I felt sorry for the right-back of the A’ team. Twice he allowed his opponent to commit fouls that resulted in penalties. The cleverness of the professional and the inexperience of the “amateur” could be seen.