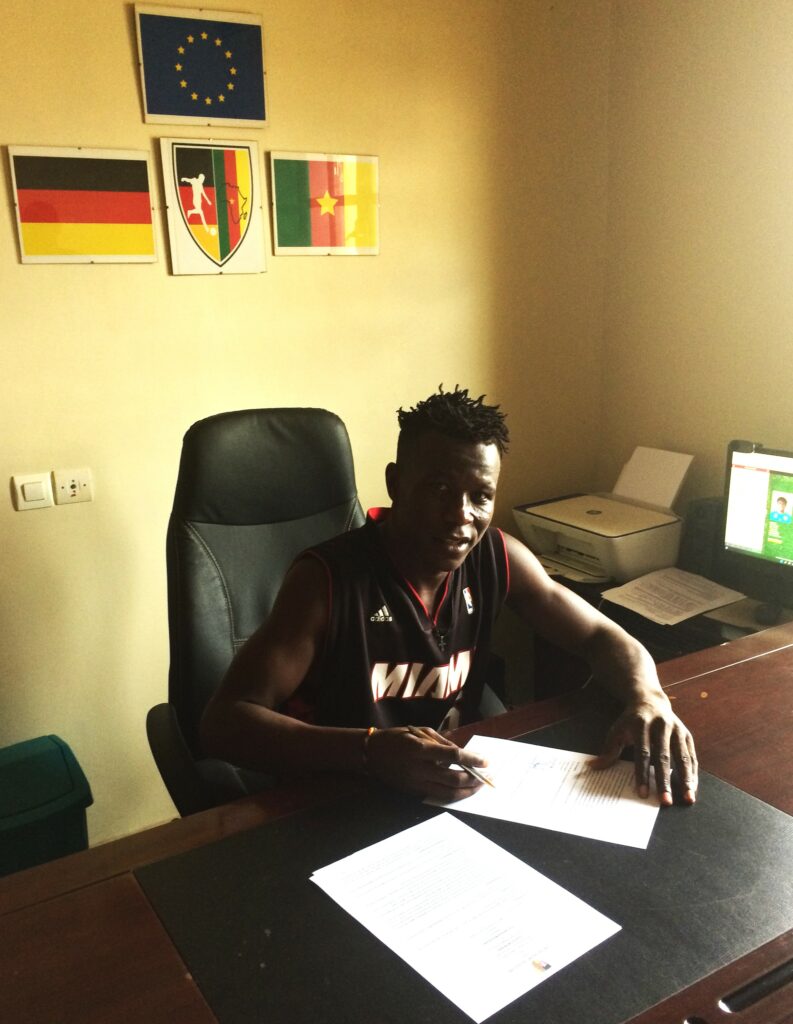 Eric Cantona NDOUKOMI, a player with a very famous namesake.

NDOUKOMI has a very famous French namesake, Eric Cantona: The player won the French league and cup twice between 1989 and 1990. Between 1990 and 1997 he was five times English football champion. He won the FA Cup twice and the Charity Shield, now called the FA Community Shield, four times. The English Football Association trophy is played each year between the English Premier League champions and the FA Cup winners……That’s the history of Eric Cantona.

Our ERIC CANTONA is an experienced player and played an important role in Djiko Bandjoun last season. His eight goals scored helped Djiko FC Bandjoun to a top middle place in the championship. Within the team, he was the top scorer with his goals and five assists.

NDOUKOMI is two-footed, has an explosive acceleration, is fast and safe on the ball. He is strong in one-on-one combat and extremely robust. In the right team with a good coach, Eric can be quite a big one.

We look forward to our future together with him.